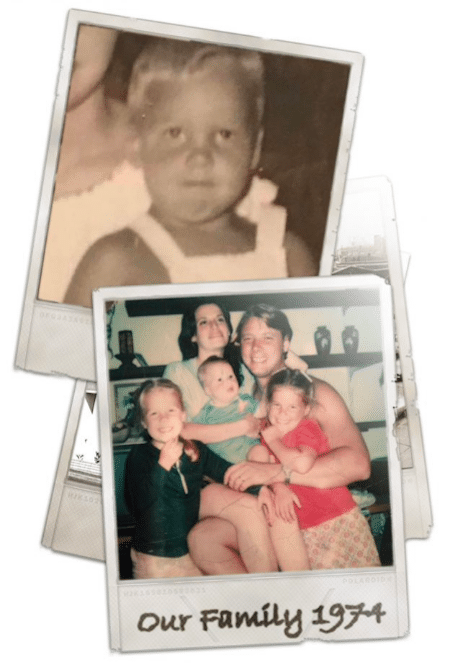 This story begins a lot like the stories of so many others. Possibly even you.

My father, Michael John Stevenson, was born in 1945 to John & Stephanie Stevenson. Without getting into too much detail, let’s just say he wasn’t born with a silver spoon in his mouth and growing up was difficult.

When he was 15, most of his time was spent hanging out at friends’ homes with their families because spending time at home wasn’t even an option. His new stepmother at the time had officially banned him from entering the house or opening the refrigerator by himself after getting home from school.

On the morning of his 18th birthday, his dad told him it was time to pack his things up and move out of the house for good!

Meeting Kathleen King at high school the following year was his first real break. Kathy was the oldest child of a big family and being around them was something my dad was instantly attracted to. The two ended up getting married and beginning life on their own in 1965.

In 1969, my parents moved to Sedona, Arizona, after my oldest sister was born. After working as a cook at my grandpa John’s restaurant on the creek, he decided to try his hand at running his own place. In 1970, my other sister was born, and my dad began working as a general carpenter helping frame some of the buildings that still exist today. By the time I was born in late 1973, construction dried up, so my parents put their savings on the line and took over The Red Rock Lodge just outside of town. When the “Oil Embargo” of Nixon’s Presidency hit in 1974, it caused fuel prices to skyrocket and tourism to halt. My parents declared bankruptcy, packed up our family, and moved us back to Southern California in hopes of something new! 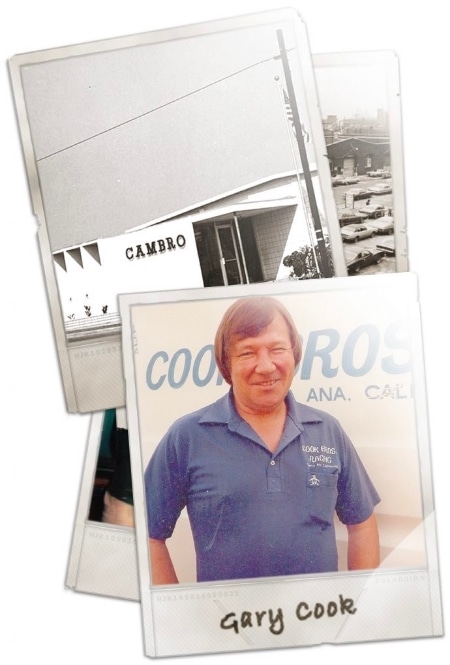 By 1975, trying to find a decent job to provide for a family of 5 was emotionally & physically draining on my parents. With nowhere else to turn, my dad gave his life over to Christ. Prayers were answered when a neighbor mentioned an ad for a local plastics company looking for a general carpenter to build display tables for them. My dad went in and got the job. A job that eventually led to him being hired full-time overseeing the roto-molding division at Cambro Manufacturing making thermoplastic food-service products.

Having a full-time day job allowed my dad the time to enroll in night school at Coastline Community College where he took classes, and earned his diploma, in industrial management and plastics technology.

Around the same time, my dad met Gary Cook, founder of Cook Bros. Racing, a motorcycle & BMX bike brand in Huntington Beach. Gary needed someone to manufacture and label BMX bike number plates with his brand. My dad, with a new plastics background, began molding & decorating Cook Bros. number plates in the garage of our small California home. This was his first experience, and what he called a “nightmare”, trying to label & decorate polyethylene (PE) plastics.

Ironically, representatives from Carls Jr. management came to Cambro frustrated with stickers falling off their drink dispensers during wash cycles. Carls Jr. employees were then inadvertently pouring milk into previous coffee dispensers, causing their customers to complain about taste. 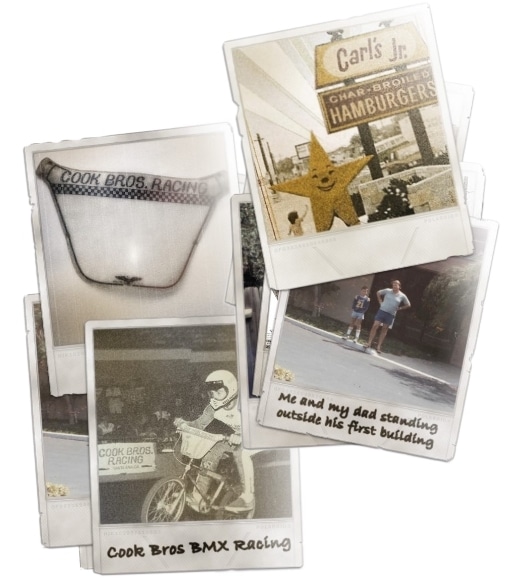 Known by Bill Campbell (his boss) at Cambro as a “problem solver”, my dad was the one tasked with providing Carls Jr. a permanent label for their dispensers. But as a few years passed with no progress, the project was scrapped and my dad was moved onto other business.

But with so much time already invested, my dad was given permission by Bill to continue his research at home on his own.

A Dream and a Breakthrough

I remember my dad coming home from work to make his way straight for the garage (his R&D lab). He spent countless hours studying books and experimenting with pigments and polymers well beyond my bedtime. After years of trial, error and failure, he said it was God who woke him from a dream with an idea he’d never thought of before. And for the first time in a very long time, it worked.

It was 1977 and my dad began using his new innovative liquid ink to mold the Cook Bros. Branding and color scheme into the plastic permanently. Over the next 4 years, my dad produced thousands of those number plates in our little garage. It was a small one-man operation, but it gave my dad the seed money necessary to buy his first real piece of printing equipment.

By late 1981, windsurfing had become one of the world’s fastest growing sports. Nearly 1 million boards had been sold in Europe and USA sales were expected to grow 50% to 75% annually over the next five years. Hoyle Schweitzer, the founder of Windsurfing International Inc. graciously listened to my dad and allowed him a chance to come into his factory to set up a single-color black printing operation for their rotationally molded polyethylene sail boards. As my dad said to me, “Hoyle took a big gamble on a guy that didn’t even have a real factory!” For my dad, this was his one shot, and quite a big risk!

After just a few short weeks of trying out the new printing system, my dad got the call he never wanted to get. An upset Hoyle on the other end of the line telling my dad to come pick up his equipment and take it out of his shop. In the matter of a few moments on a brief phone call, 7 years of development was back to square one and my dad was starting all over again. There was something missing that he needed to help him make the process more useable. If he couldn’t find it, his dreams of self-employment and innovative technology for the world of PE plastics would be over.

Ironically, beginning a totally different job helped my dad find the missing link he needed to change his process. Instead of printing liquid ink directly to the mold, customers would only need to apply printed labels to their molds and then continue their cycles as usual. Visiting a local rotomolder in the area, my dad sold a few odds & end label jobs for some local shops to prove the permanent labeling method, which it did.

In 1983, with his new label in hand, my dad knew it was time to introduce his innovation to the world. Attending his first ARM (Association of Rotational Molders) tradeshow, he expected open arms only to get cold shoulders. Molder after molder and booth after booth, he became more discouraged. At one point, a well-known, long-time member of ARM approached my dad and uttered a threat telling my dad that if he ever went around him (the molder) to one of his customers, he would personally make sure my dad would never sell another label in the rotomolding industry again.

1983 - 1985Opportunity Knocks
My dad turned that discouragement into persistence which led him right back into Windsurfing International Inc. It was make-or-break after showing Hoyle his newer, better label system. Hoyle not only gave my dad another chance, he asked him to supply all the labels for their boards for the 1984 summer Olympic games in California. This became my dad’s first ever official order and the beginning of Mold In Graphic Systems® (MIGS) that yes, all began in our little garage.

Up until that point, my dad had only been able to reproduce one-color labels. But now, Windsurfing International needed hundreds of the Olympic 4-color logos to brand their boards.

My dad tinkered with equipment and room temperatures, settings, ingredients and more, but night after night, he ended up empty-handed and frustrated! It took 45, 18-hour days of struggling to get his first 4-color graphic produced that looked right but once he got it going, HE GOT IT GOING! After the 84’ Olympic games, Windsurfing International, Windsurfing Japan and Surf Partners Sweden made MIGS their label partner of choice as the windsurfing surge continued into the late 80‘s. 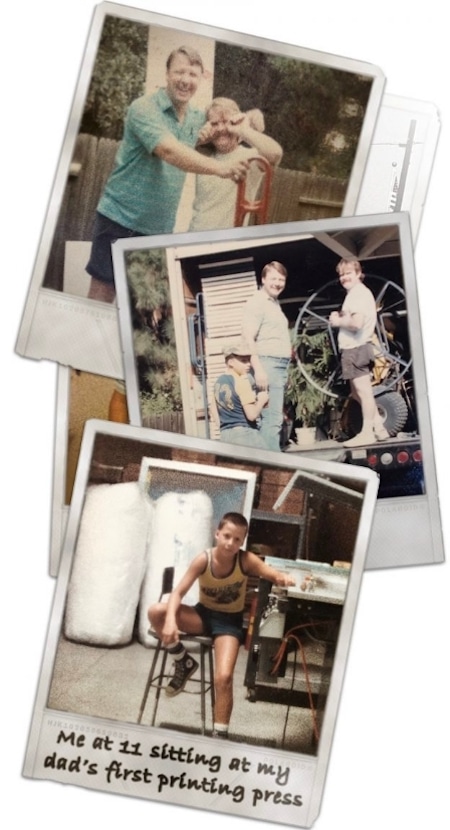 As rotomolded windsurfing boards began to fade away, Kayaks and other industry brands started to take notice of the new technology available to them when needing to permanently label their polyethylene plastics. In 1985, as more and more business came my dad’s way, it presented him an opportunity to pack up our family to move back to the place he had always loved. Sedona, Arizona.

In 1992, my dad was able to purchase some property in Clarkdale, Arizona to build his own first “real factory”. Over the years we’ve added on, expanded and made improvements to the over 75k square feet of factory space and 85+ employees. A big change from our little garage for sure.

The addition of Polyfuze® Graphics Corporation (PGC) to our portfolio is just another feather in the cap and one that is going to make a major impact to the world of LSE polyolefin plastics once manufacturers and OEM’s begin to recognize us!

Today, my dad sees things he never imagined or really expected when he began his company so many years ago. MIGS and PGC had become sustainable companies that people here depend on to sustain their lives and the lives of those around them. What’s truly amazing to me is the fact that I don’t go a day without seeing the impact MIGS and PGC have had on the world. I seem to find labels we’ve produced on durable goods products everywhere I go, even on vacation!

The significance, I believe, of what my dad invented so many years ago is unknown to much of the world that uses these products day to day while at the same time being so vital to the Brands that created them. My mission is that our MIGS and PGC Brands and our significance, will be known to the plastics world by the time I’m done here. 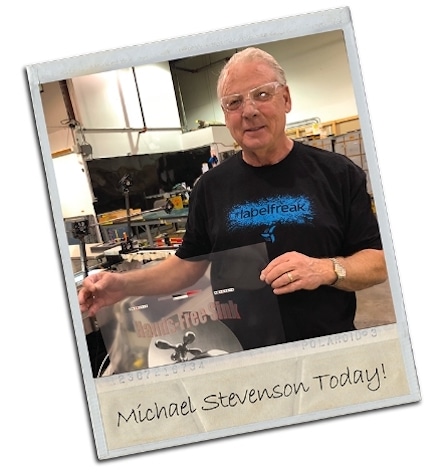 A lot has changed over the last 30+ years of MIGS existence except for one thing, the heart of this amazing company will forever be in that small Southern California garage where my dad began so many years ago. In 2015, my dad officially turned the keys of his company over to me in order to begin work on some of his other creative projects. After all, creating and building things has always been in his blood!

My personal goal is to take this unique company to a whole new level by making the MIGS and Polyfuze Labels Brand known to the world while advancing our mind-blowing service to existing customers!

Solving Problems One Label At A Time

Complete the form below and we will send you the full SEM Analysis data to help you learn why Fusion Labeling can help solve your polyolefin labeling problems.