At Polyfuze Graphics Corporation, sister company to Mold In Graphic Systems, we aim for a way of life (and work) that centers around the idea of making things better, and one of our standard sayings is, “fix what bugs you.” Ideas and processes can always be improved upon and we strive to create and meet new goals daily.

The wheelbarrow industry is a great example of how an idea and, in this case, a product, can be improved upon and make life easier for people.

The Wheelbarrow began as a one wheeled cart in China that was used by soldiers for carrying bodies off of the battlefield, used by farmers to transport their goods, and for builders to move otherwise heavy supplies. 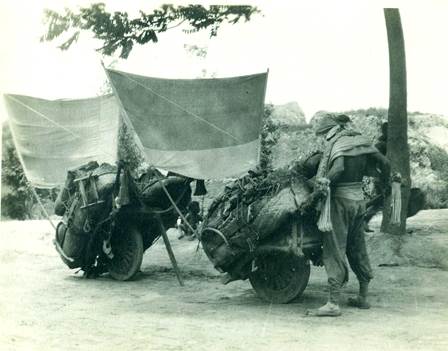 Although it looks simple, this one invention saved farmers immeasurable time and increased efficiency for them as they worked their farms, which was their livelihood.

This original design remained intact for nearly 1700 years, with other cultures and civilizations utilizing the invention for their own purposes, including the Romans and Greeks.

Things just continued how they were, with builders and farmers throughout the centuries using the one wheeled wheelbarrow to suit their needs. That is, until a man by the name of Mr. Lapp decided to get a little creative.

Mr. Lapp was a farmer, and according to their website, he decided to aim to design a more efficient version of the standard wheelbarrow that had been used for centuries.

The result was the introduction of a two wheeled wheelbarrow that was the first of its kind when it hit markets in 1982, and the design remains a steadfast industry standard today.

Although originally designed for farming and ranching, Scenic Road Wheelbarrows are used for many types of industries today, including construction and landscaping.

Polyfuze Graphics, sister company to Mold In Graphic Systems, had a permanent labeling solution that came into the picture for Scenic Road when they were looking for more ways to achieve brand awareness. 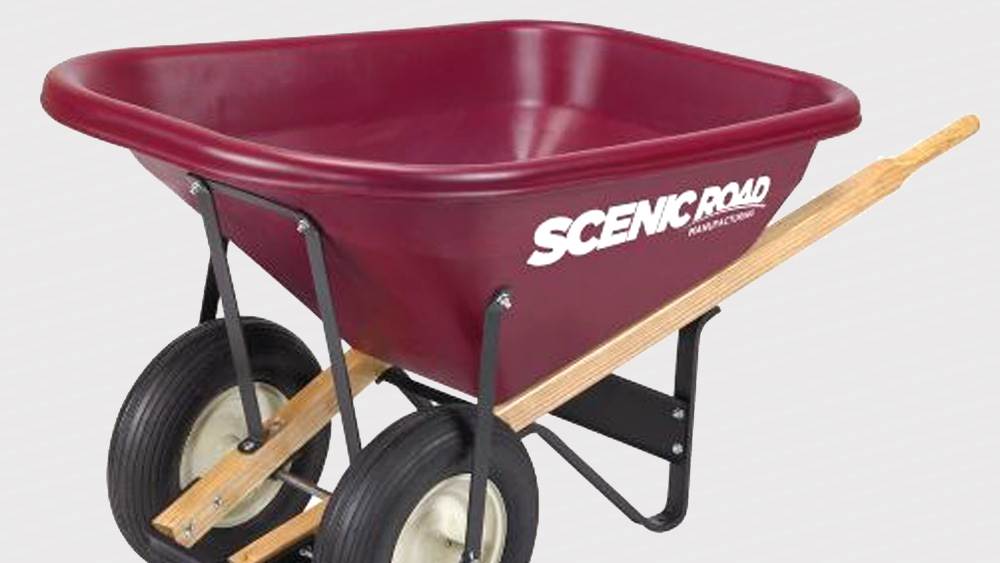 The graphics they order from Polyfuze have been tested in extreme trials with hours of exposure to the elements and chemicals, which means they will last for the lifetime of the product and are perfectly suited to withstand the harsher environments a wheelbarrow will undoubtedly be exposed to.

Scenic Road is a great example of a company that saw a way to improve the lives of others from ranchers and farmers, to landscapers and builders, and created a product that can withstand those environments. If you or your brand has taken a historical idea or invention and made it modern or new, we would love to hear about it.

Fusion Technology For Polymer Labeling.
One Label. One Time. Your Future.